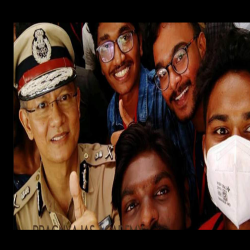 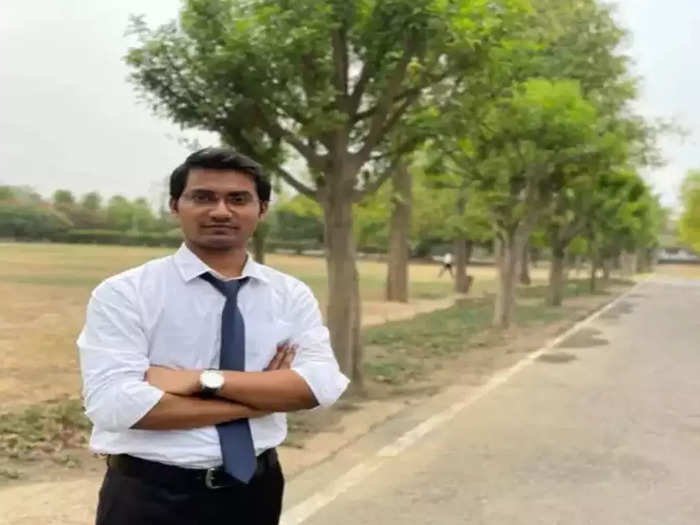 More than 10 lakh people appear in UPSC examination every year with a common dream to emerge as a topper, but the truth be told, only one person is able to achieve their dream. Shubham Kumar, from Katihar district, Bihar secured All India Rank 1 in UPSC CSE 2020 examination with 52.04% marks. In an Exclusive Interview with Krishi Jagran’s Founder & Editor in Chief, MC Dominic, he shared excerpts from his journey of clearing UPSC.

Shubham had been aware of UPSC examinations from a young age. Shubham spent the starting 4 years of his school studies in his village and then moved to Patna for further studies. While moving out, 6-year-old Shubham, innocently told his mother that he would return only after becoming a ‘A -officer’. Little did he know, 18 years later, this dream would come true.

Shubham completed his B.Tech in civil engineering in 2014 from IIT Bombay. During his time in IIT Bombay, he was a very active student and used to play various sports. He was also the cultural secretary of his hostel. It was in the same institute that he finally, objectively decided to join Civil Services.

The path to success is laced with failures, or so goes the proverb. Having been a bright student and performing brilliantly in his Class 10th (10 CGPA) & 12th (96% ) Boards and graduating from one of India’s premium engineering institutes, he had been humbled by failures. It took him 3 attempts to secure AIR 1 in UPSC examinations. What kept him going through the failures was the love & support of his family and friends.

In 2020, when the whole country was suffering from Covid-19, Shubham was focused on his preparation. He wasn’t taking any coaching at that time, he used to solve mock tests and test series with his friends who were also preparing for the exam. They used to exchange & check each other’s answer sheets.

Shubham believes “where there’s a will, there’s way”. Anyone from anywhere can achieve success irrespective of their financial or social status. In today’s age, one can easily get access to the study material from any corner of the country. He took help of the notes from “Kumar Book Centre” in Delhi. Apart from this most of the material is available online.

Shubham urged aspirants to maintain a good friend’s circle, which would work as a great center for support & motivation.

Stay Away from Social-Media:

Shubham advices the aspirants to stay away from social media as much as possible, as it creates a lot of distraction. Social media will only make them waste their time and during UPSC preparation proper time management is the only most important thing

Shubham specifically told that it is very important to take mock tests. Mock test can give you a perfect picture about where you stand and how is your preparation going. In his 2019’s attempt he took as much as 70-75 mock tests and in 2020 prelims, he took 40-45 mock tests. During his mains preparation, he used to take 1-hour mock tests daily and a full length 3 hour mock test every third day. He says mock tests are a great way for analyzing strong and weak areas and work upon them.

Speed is very crucial for cracking UPSC Mains Exam. You have approximately 10-11 mins for each question. Try to find which pen is comfortable for you. Shubham used to write with Reynold’s Trimax refill only but that is only subjective. Try different strategies and go for what works best for you.

Try to keep your answers in points and very precise. Focus on conveying your ideas other than just filling pages.

Shubham’s Vision for the Rural India:

Shubham wants to work for the holistic upliftment of Rural India, improve the overall education & financial level of the people from such areas. He also wants to come up with a solution to manage the flood situation in Bihar.

There were days when I would just weep: How medico P Srija found the will to become Telangana’s UPSC topper in 2021
Jagrati Awasthi, 2nd Rank Holder of UPSC 2020 Talks About Her Success Mantra